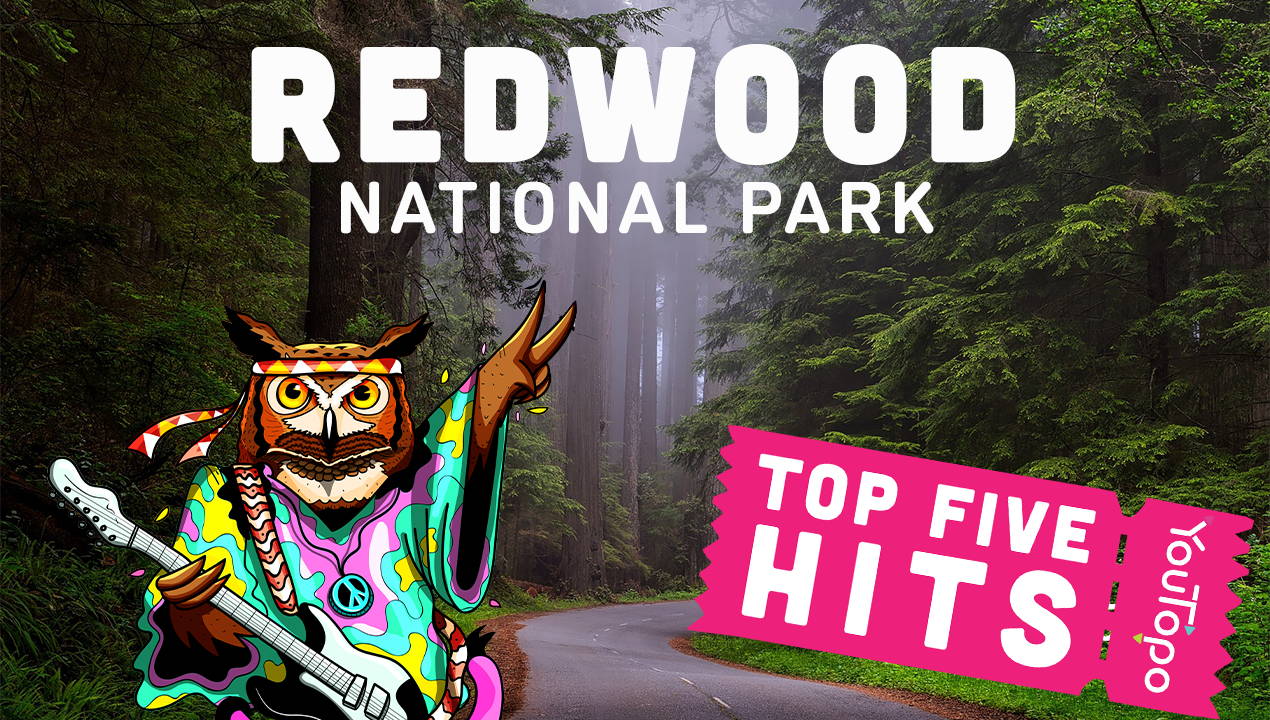 At over 300 feet tall, redwoods are the giants of the forest. These remarkable trees can live to be over 2000 years old--that means some of the trees you pass by were first growing during the time of ancient Rome! Though they are huge and strong, redwoods have shallow root systems, making them vulnerable to being knocked over by strong winds. That’s why they grow together in groves, like those of Redwoods National Park.

These groves were in danger in the 1800s, as settlers making their way west cut many down in logging operations. By 1850, roughly 90% of the two million acres of coastal redwoods had been destroyed. The Save the Redwoods League intervened in the 1920s, creating three Northern California state parks: Prairie Creek Redwoods, Jedediah Smith Redwoods, and Del Norte Coast Redwoods. Today, Redwoods National Park works with these state parks to protect the giant trees and the lands around them, including prairies, beaches, and forests.

This protection is important not only to the health of the trees and the local environments, but for the whole world. You may have heard the terms “greenhouse gas” and “carbon dioxide” (CO2). When these gases are released into the atmosphere, they trap heat, causing our planet’s climate to change. Human activity is causing high amounts of greenhouse gases to be released--more than the planet can handle. Trees can help by capturing this CO2 out of the air and storing it inside themselves. The size and old ages of redwoods help them to be greenhouse gas sponges, making them great for helping combat climate change. 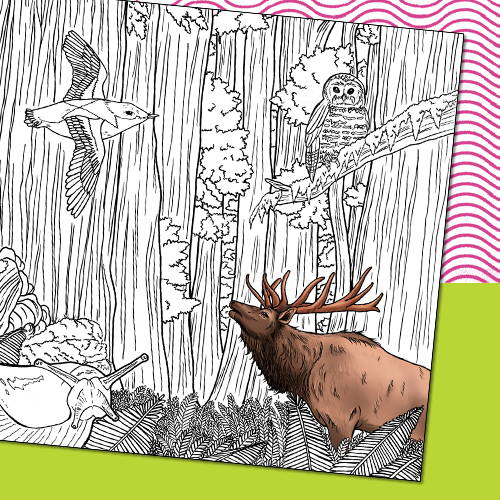 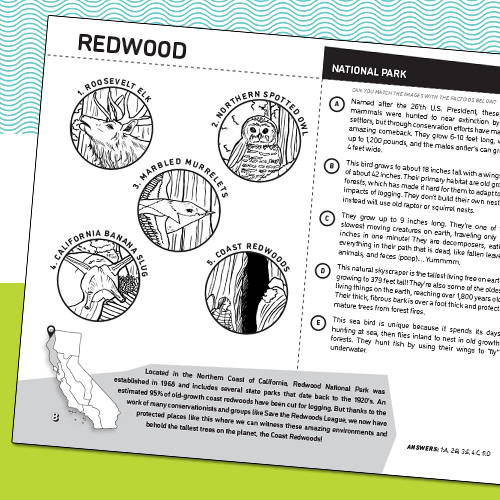