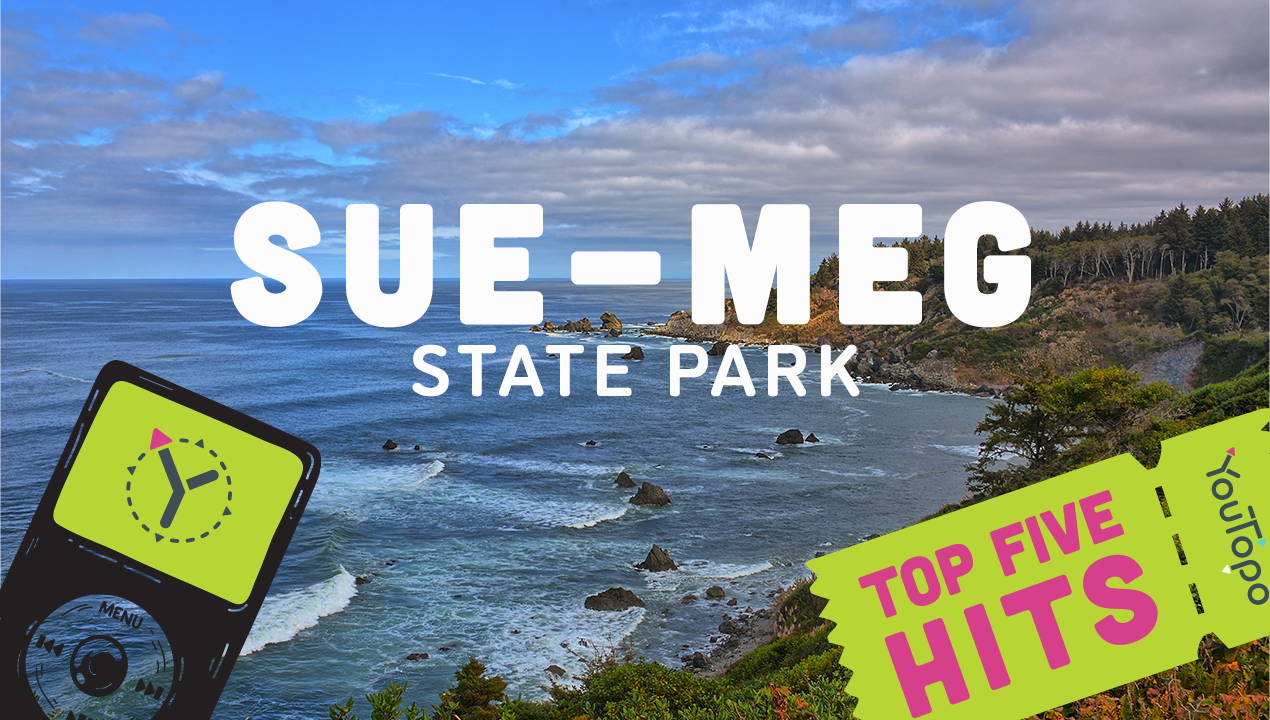 Long before Europeans reached America, the Yurok people called Sue-Meg (Formerly known as Patricks Point) home. Living in an area that extended from what is now Little River in north McKinleyville (15 miles south of Sue-Meg) to Crescent City near the Oregon border, they built coastal villages out of redwood planks. It was here that they fished for salmon in dugout canoes and hunted elk, deer, and birds. The berries and other plants they gathered still grow at Patrick’s Point.

By the 1800s, Europeans used the coast of Sue-Meg to hunt sea otters for their pelts. When gold was discovered, these hunters became miners and the fur trade largely ended. The 1850 discovery of gold caused many settlers to move to the area. In order to take the land, these settlers hunted and killed Yurok people. Survivors were forced into reservations. There, many died of new diseases spread from settlers. From 1875 to 1929, the area underwent environmental devastation from logging and sheep and cattle grazing.

In 1929, the California State Park Commission purchased the land of Sue Meg as a potential site to build a traditional American Indian village that could represent the historical culture of the Northern Coast. A crew of Yurok people constructed Sumêg Village in 1990 from split redwood boards. Today, roughly 5,500 Yurok people live in the Humboldt and Del Norte Counties. Tribal members are working to revive their ancient language and traditions. The land at Sue-Meg is now cared for and maintained so it resembles its former natural beauty. Today, families can visit the Sumêg Village, camp, view fascinating tidepools, and rockhound for agates at this exciting state park.