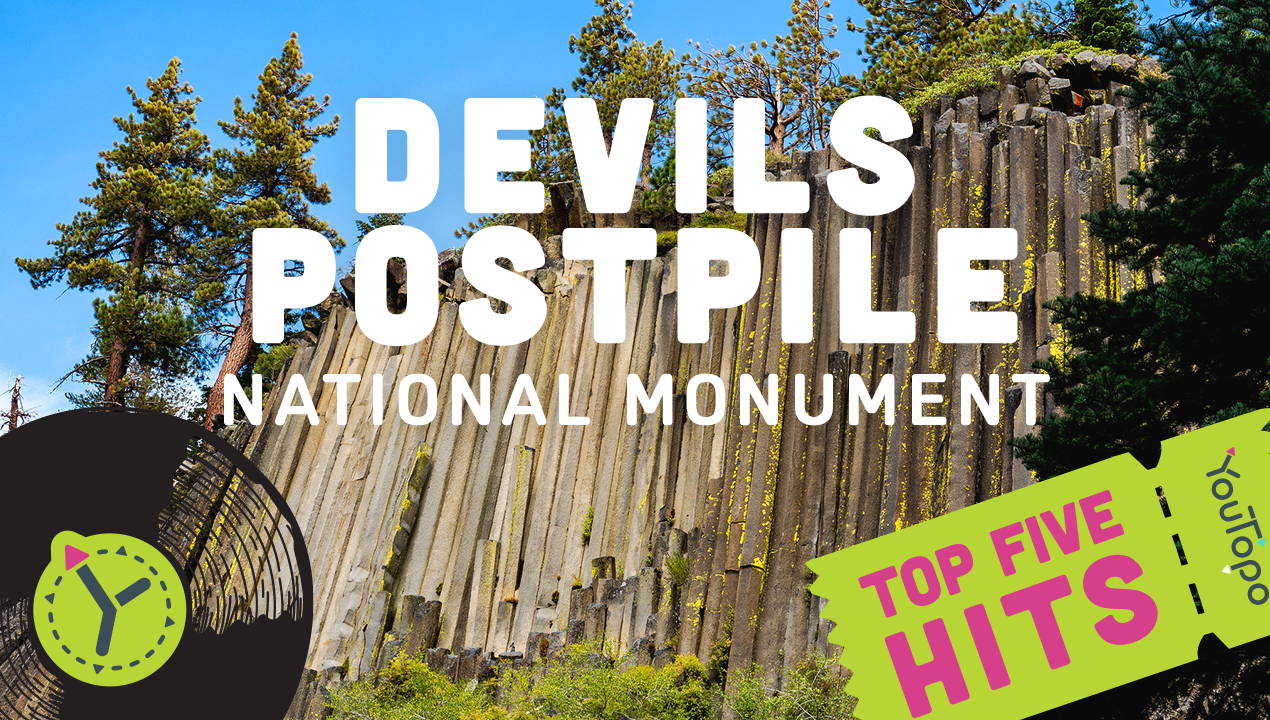 The story of Devils Postpile began between 80,000 and 100,000 years ago, in an age where Earth was home to animals such as neanderthals and giant sloths. This particular site was also home to lava--lots and lots of it. The lava that spewed from the Sierra Nevadas was particularly hot, with high iron and magnesium content (basaltic lava), which made it thin and runny. A river of it flowed down the Reds Meadow Valley, destroying everything in its path--everything, that is, except for a natural dam (likely made from rock left behind by an ancient glacier). When this lava river reached the natural dam, it pooled into an enormous lava lake. In some areas, this lake was 400 feet deep! Eventually, the lava cooled. When lava cools, it contracts, or shrinks. This shrinking caused the newly formed rock to crack into the beautifully shaped columns we can see today. Look for shapes--many of these columns are hexagonal (six sides), but some have three, four, five, or seven sides. These 60-foot columns would have been hidden today if it weren’t for prehistoric glaciers, which carved out and polished this massive “lake” of basalt igneous rock and made it visible from the side.

You can thank Californian naturalists such as John Muir for your visit to Devils Postpile. In the early 1900s, developers had plans to build a hydroelectric dam in the area, blasting Devils Postpile in the process. Luckily, then-president William Howard Taft decided to protect these impressive and rare rock formations instead.