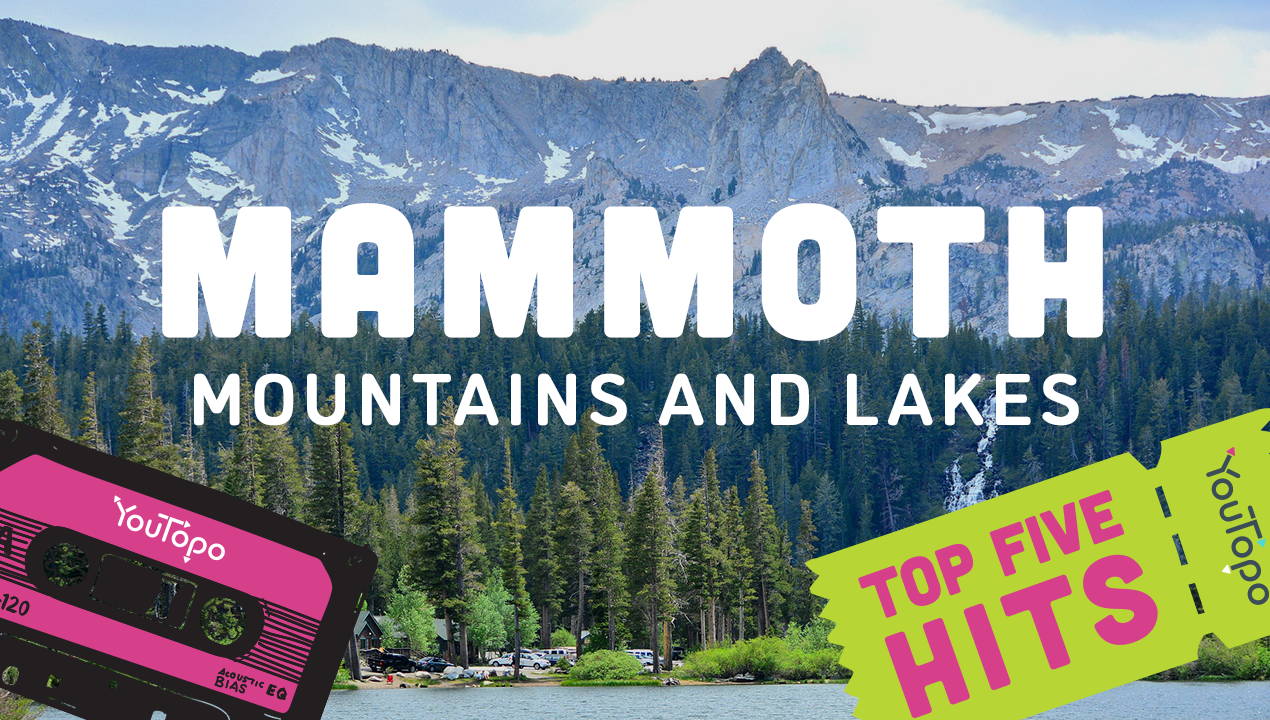 The town of Mammoth Lakes is a town of adventure. In the winter, skiers race down the snowy slopes of the local resort. Summer visitors explore the many miles of trails nearby on mountain bikes and by foot. Climbers tackle harrowing pitches on both rock and ice. Though the name may lead you to believe it is the home of prehistoric fossils, Mammoth Lakes was actually named after the Mammoth Mining Company, which drew the first European settlers here during the area’s 1878 gold rush.

Overlooking all of Mammoth’s activities is the beautiful Mammoth Mountain volcano, reminding us that everything in sight rests precariously close to active faults and craters. You can get a fantastic volcano view while hiking from Horseshoe Lake to McLeod Lake. This trail is short, but it presents lots of opportunities for learning and fun. It follows the McLeod Fault (a fracture in the earth’s crust). Active faults, which are common in Central California, are faults in which the pieces of crust around them are still moving and causing geological activity.

Near the start of the trail, you will see a number of dead trees. What do you think might have killed these trees? Was it fire, bugs, or humans? Or was it something else entirely? Complete this section to learn the mysteries of Horseshoe Lake. 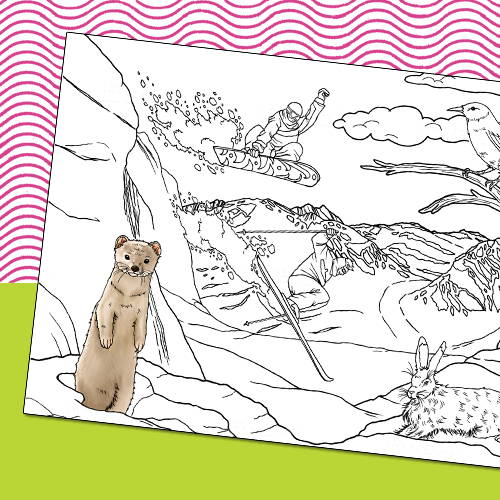 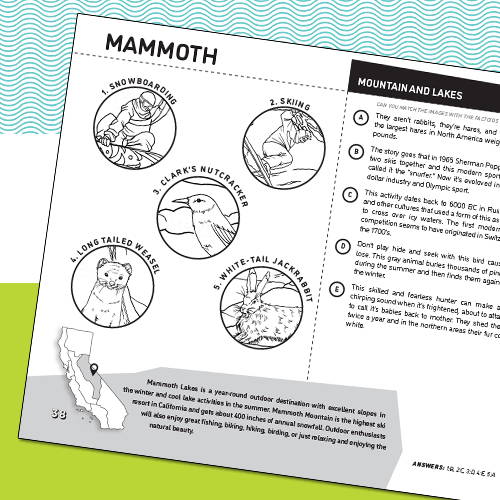