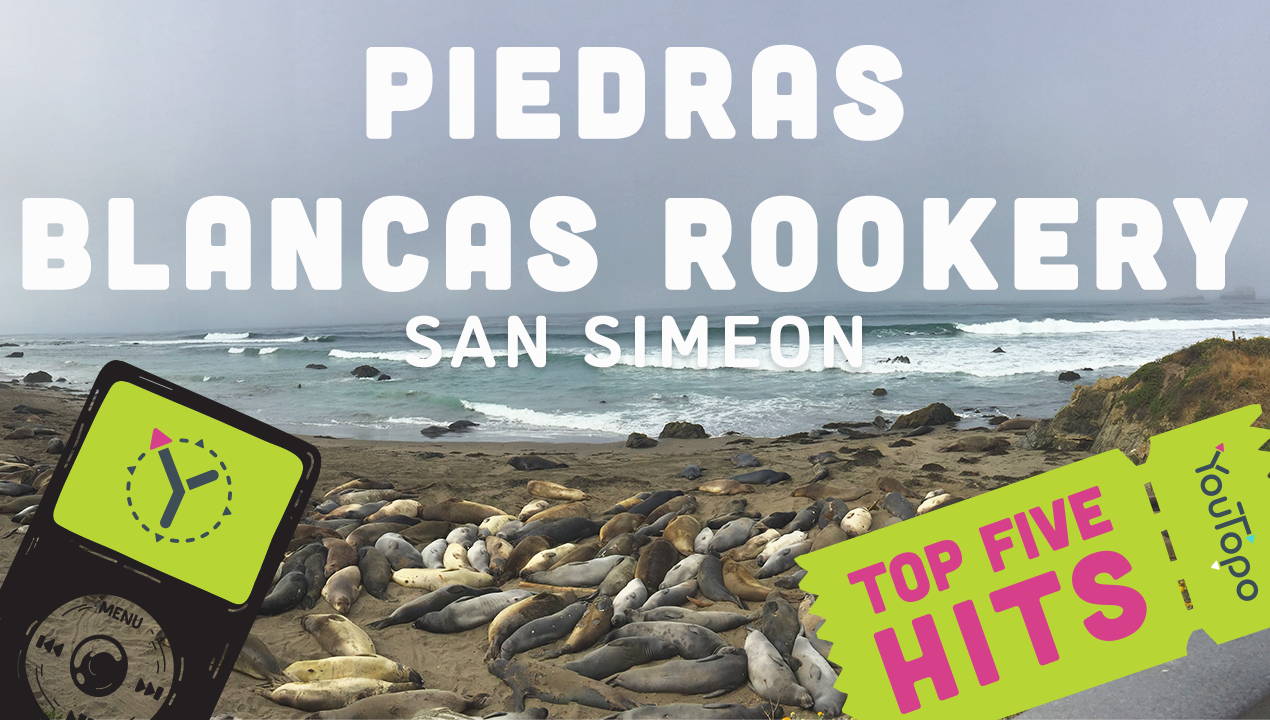 Is it an elephant – is it a seal – or something totally different? You’ll have to see for yourself at the Piedras Blancas Rookery in San Simeon, California: the only free, publicly accessible elephant seal sanctuary. Although elephant seals visit this area year-round, their numbers are greatest during January, April, and October. By January, males (called bulls) have arrived and are fighting for mating rights amongst each other. Females soon arrive and the breeding season continues into the late winter months, when the adults return to sea. Many return in April for molting, shedding their hair and outermost layer of skin.

These marine mammals are true seals. Bulls may reach enormous sizes, measuring 16 feet in length and weighing 5,000 pounds. They make many loud vocalizations using their mouth and large nose. Observers listen carefully for the characteristic barking of elephant seals when visiting San Simeon. The seals are clumsy on land and move around by flopping on their belly. The elephant seals spend most of their lives in the ocean where they dive deep in pursuit of squid and fish, with adaptations that allow them to dive deeper than a mile and stay underwater for up to two hours! One such adaptation is large amounts of blood that is rich in hemoglobin – the molecule that carries oxygen through the bloodstream. Elephant seals were hunted nearly to extinction for their oil-rich blubber, which was used for lamp oil and lubrication. By 1900, the northern elephant seal was presumed extinct and the United States soon granted them protection. Males again began appearing on California’s coast in 1965, and the first pup born since protections were enacted was documented here in 1975. Being able to witness this robust, lively community in San Simeon is a truly moving experience. 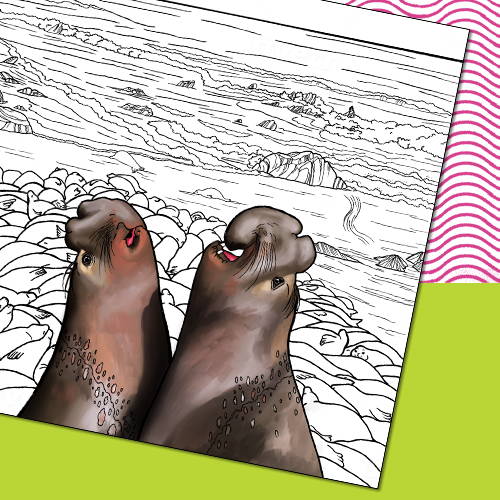 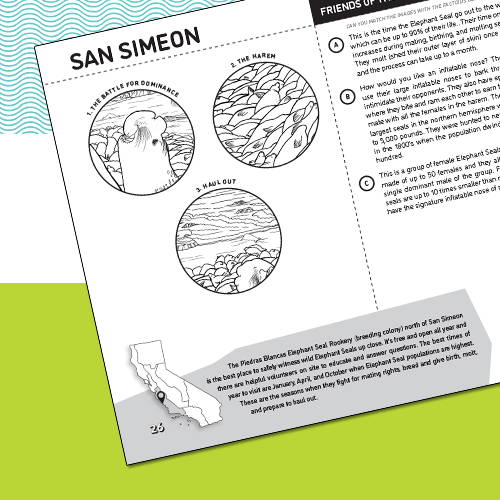