In the 1950’s, many people visited the new Salton Sea for sport fishing and vacationing and considered it to be the Riviera of the Americas. Shore and seabirds were also attracted to the area. Without the flow of fresh water from the Colorado River, the Salton Sea became more salty and polluted over time. Vacationers left the area, leaving buildings abandoned. Water from agricultural runoff is now feeding the sea. From far away, the water looks deep blue, but up close the water is browning, with occasional dead fish and rotting vegetable matter. This combination results in algae blooms that can be quite smelly. As the salinity of the sea rose, many fish died, leaving only tilapia and desert pupfish in the sea. Thousands of sea birds still flock to the sea, making it an ideal place for birdwatching. If you look carefully at storm drains and plastic tubes near roads and ditches, you might even see a burrowing owl!

Many of the buildings surrounding the Salton Sea are still abandoned and are slowly being reclaimed by the salty winds. Locals of the Salton Sea have made sculptures and other works of art out of these buildings, which can be seen at Bombay Beach. Residents at Salvation Mountain and East Jesus have also reused what was considered trash to make many works of art. How different would this world be if we all could rethink what we call “waste?” 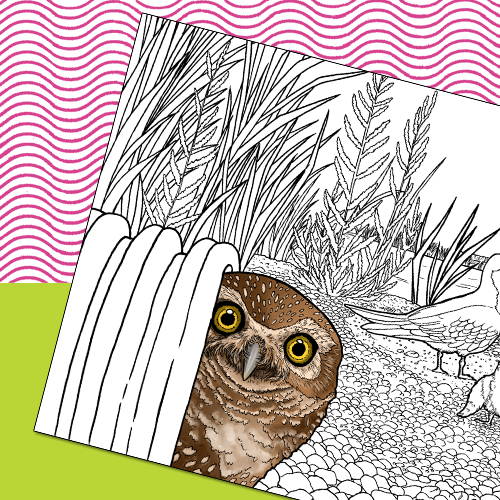 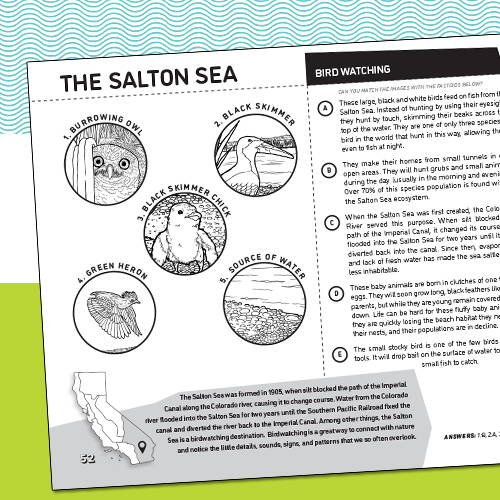