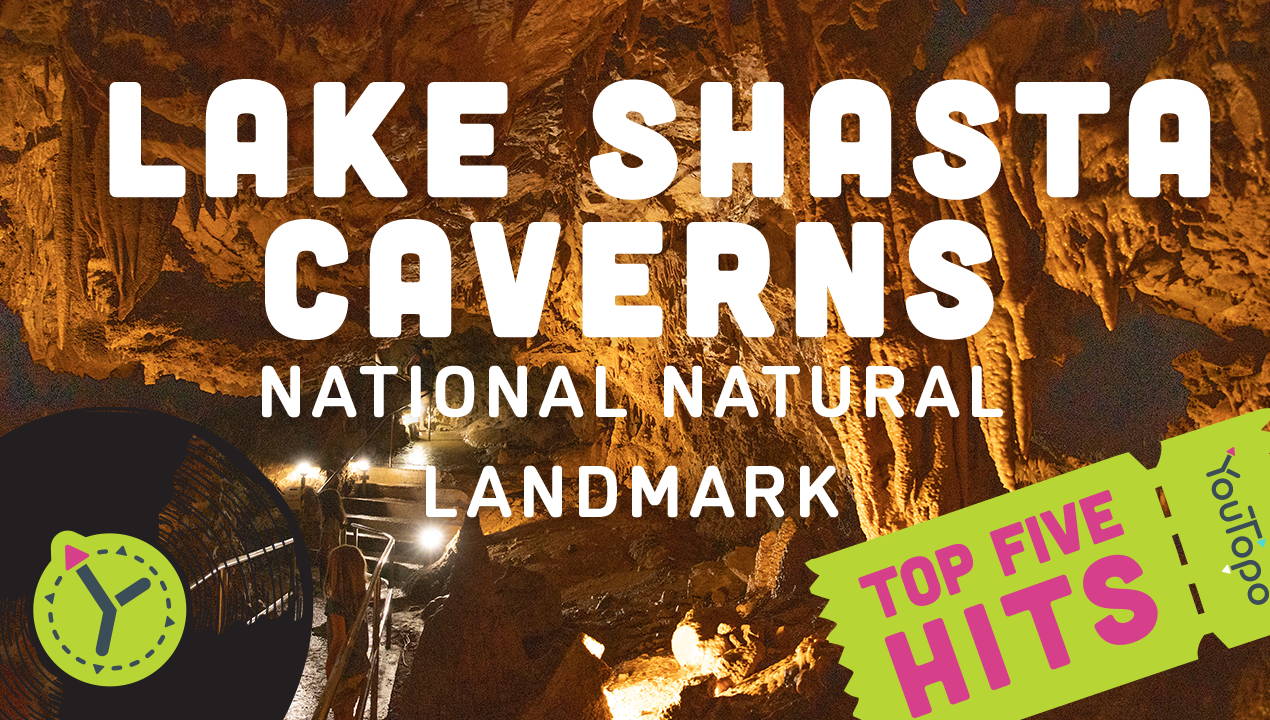 When you enter the Shasta Caverns, you are entering geological prehistory. Around the time dinosaurs first started roaming the supercontinent of Pangaea, this cave began to form. Limestone caverns like this one are created when rain combines with carbon dioxide in the atmosphere. This transforms the water into a weak acid. When this acidic rainwater finds its way into porous limestone (through groundwater or underground rivers), it gradually dissolves the rock. In some cases, it dissolves enough rock to create bigger holes, which after thousands of years can become caves. This same process, which will be explained more fully in our learning lesson, creates incredible formations such as stalactites (icicle-like rocks hanging from the cave ceiling), stalagmites (columns growing from the floor), hollow rock straws, and even curtains that look like bacon! In our learning activity, we’ll be creating some of our very own cave formations.

If you find caves intriguing, you’re not alone--caves have fascinated humans for thousands of years. Prehistoric people used caves for shelter and, in some places in the world, left beautiful and elaborate art inside of them. Members of the Wintu Tribe were likely aware of Shasta Caverns for centuries. Europeans discovered them in the late 1800s and used ropes, ladders, and lanterns to explore. Luckily, all you’ll need for your cave expedition are your own two feet and a good sense of curiosity!