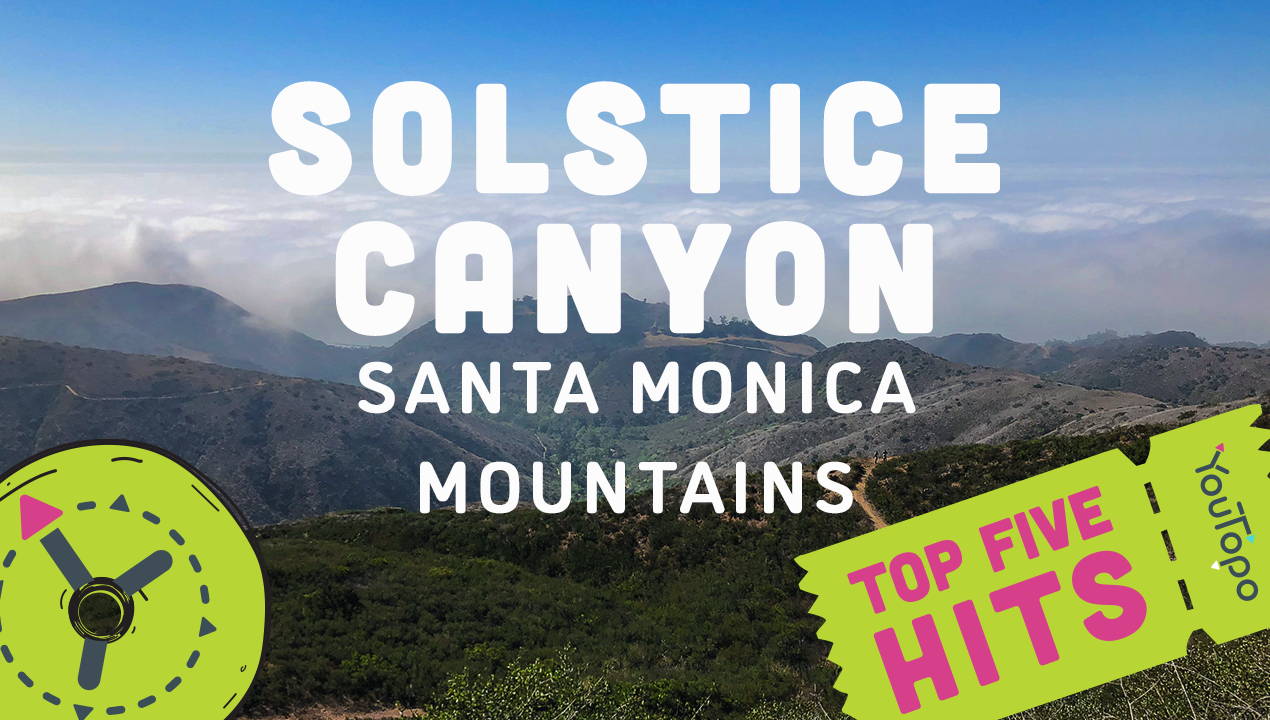 The word solstice refers to the exciting event when the sun reaches its highest or lowest point in the sky, marking the longest and shortest days of each year. The name Solstice Canyon likely stemmed from the area’s unobstructed views and long history as a place inhabited by the Chumash Native Americans, but it also served as a space research facility before becoming a park. Today, Solstice Canyon is located within the National Recreation Area of California’s Santa Monica Mountains.

There are many things to see as you hike through Solstice Canyon, including old stone buildings, remnants of fire-burned forest and old ranching sites, fields recently planted with young oak saplings, hidden statues, a waterfall, rocky ridgelines, and streams – to name just a few! There are also the ruins of a residence named Tropical Terrace off of the Solstice Canyon Trail - which is home to exotic plants. An exotic species is any species that originated in a distant country. Some exotic species are introduced into the United States and don’t become much of a problem. However, some exotic species are brought into the country and become invasive. Invasive plants can change native soils and alter the very makeup of the natural habitat. Some invasive plants grow so thick that they block sunlight from all other plants, killing native species and taking over an entire area. Invasive animals can have devastating effects on natural communities, outcompeting the wildlife that has lived in that area successfully for many years.

Both the Rising Sun Trail and the Solstice Canyon Trail will lead you to a beautiful wooded waterfall and some interesting ruins. See how many native species you can recognize – ranging from oak and sycamore trees, to deer, quail, and bobcats.