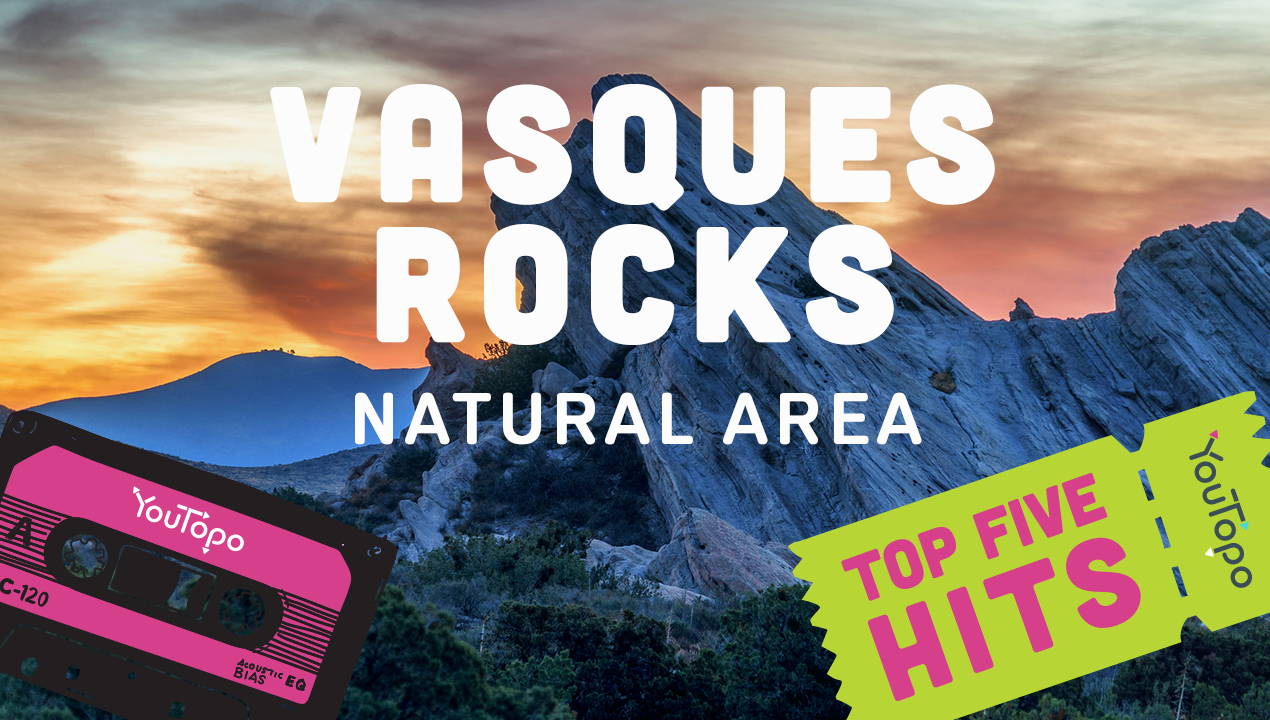 The area of Vasquez Rocks is uniquely alive with movement, since the earth’s tectonic plates have consistently reshaped, uplifted, and exposed areas of buried sandstone here. Rain, landslides, flooding and earthquakes brought vast amounts of soil, rocks, sand, and organic materials from the San Gabriel and Sierra Pelona Mountains down into the Solebad Basin over the past 25 million years. Over time, many layers of these sediments would form in the basin - creating lots of pressure and turning the deeper layers into sandstone.

Vasquez Rocks is located on the Elkhorn Fault (an offshoot of the San Andreas fault). Millions of years of earthquakes have caused the land to slide, causing the sandstone rock formations within Vasquez Rocks to lift out of the ground at 40–52-degree angles! Even more amazing is the fact that most of the rock formation is still underground.

Vasquez Rocks is the perfect place for rock explorers and fossil hunters of all ages. The constant moving and shifting of the earth has created lots of climbable and walkable rocks for families to explore. Many animal fossils have been excavated from the upper layers of rock and soil, including the remains of camels, horses, and rodents – revealing the interesting history of the area. Vasquez Rocks Natural Area Park is famous for other reasons as well: the unique location has inspired Hollywood for many years. Over 62 movies and 112 television shows have featured the landscape of Vasquez Rocks! You have seen it in popular movies such as Planet of the Apes and The Flintstones and probably never even realized it. It’s also an excellent place to hike part of the Pacific Crest Trail which passes through the Natural Area.